Was up at Finnies yesterday, Roger, Don,and  myself fixed a bad water leak, a hemlock trees roots had grown thicker and split the polyethylene pipe. At the same time we shut down the bathroom, since it appears that no government staff will be around to lock the place up and shut off the water before the big freeze happens, as in past years.  Makes me wonder what is going on inside and outside the buildings, to protect the water supplies.???? We shut  the water off, which now means that the goldfish pond is now on its own, dependant on rain water to keep the levels up, the pond still leaks, probably always will, even though we put a lot of work into it many years ago.  Still the pond has been working much better than in the past. 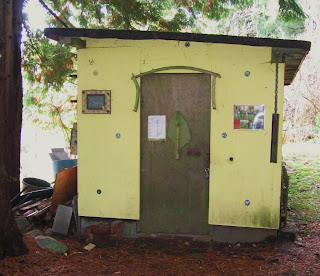 Ala, shed , the mouse hotel.  The MURAL in Panoramio, which is on the wall to the right in this photo. 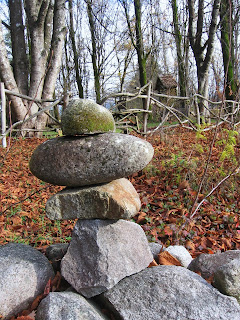 Something from the far north 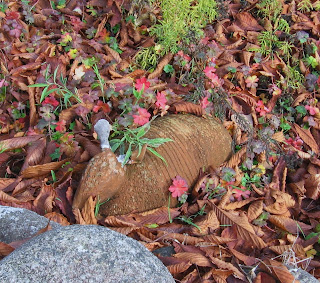 Say what? Something from the far south. We have it all at Finnies Garden 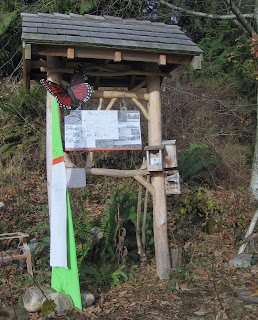 The information signage
A few pictures along the road beside Finnies Garden,  rock wall  ONE ---  looking at the area before the bowling green TWO both in Panoramio

Posted by niftyniall at 10:37 AM No comments: 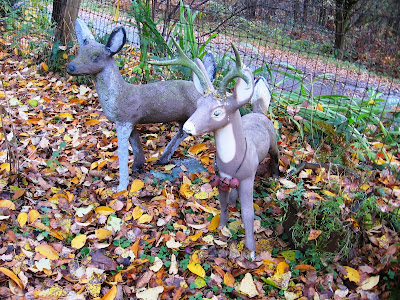 There is an Armadillo hidden in the garden too!
Only at Finnies !!

Posted by niftyniall at 9:55 PM No comments: 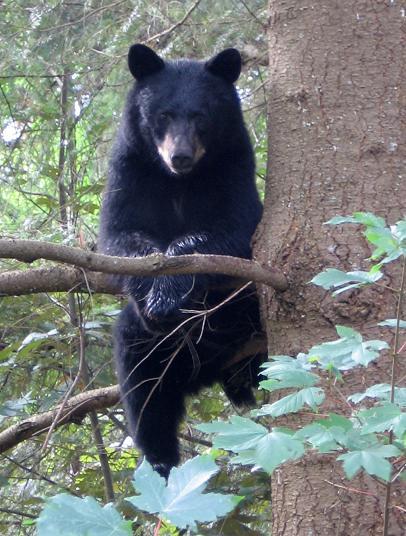 Use the Clickable map of Finnies Garden to explore a little of what is there.
Or View or Download a map of the entire Riverview hospital site, where Finnies Garden is highlighted.

Have a look at PHOTOS of Finnies garden at Flickr, or view as a SLIDESHOW